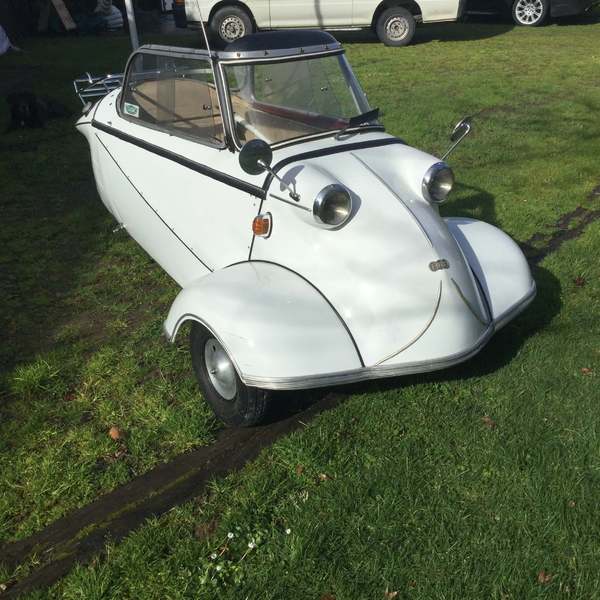 From the company that supplied the Luftwaffe in WW2 with the fearsome BF109 fighter plane, came the rather less fearsome (at least to other motorists!) KR200 "Kabinenroller" micro car.

This particular example of a KR200 Cabriolet was built in 1958, and is  a later example built by the newly formed company Fahrzeug- und Maschinenbau GmbH Regensburg,(FMR)  who took over manufacturing of the Fritz Fend design after Messerschmitt lost interest, due to their ability to recommence manufacturing of aircraft. This particular car was imported into NZ in 2003, and has been the subject of an older restoration. Although driveable, it would benefit from some work to restore to its former glory.