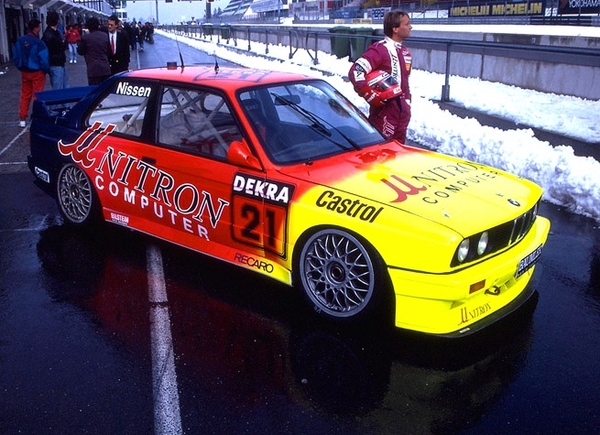 Chassis M3-123007 was built to contest the DTM for Peter Zakowski, who won the 1991 privateer championship. A change of livery for 1992, but still under the same sponsor, and still competing in the privateer championship, 230 was kept as a spare car for Kris Nissen for the 1992 DTM. After a major crash at the 4th round at Avus in his primary car, 230 was pressed back into service for the rest of the 1992 season.

This car has undergone a recent full restoration at Zakspeed by reknown M3 expert Christian Lohr and is in race ready condition.

A rare opportunity to own one of the most iconic liveried M3's ever built.